The ancient Mayas of Central America used mercury — mostly cinnabar, but rarely elemental mercury — for decorative and ceremonial purposes, according to a team of archaeologists from Australia, the United States and the United Kingdom. 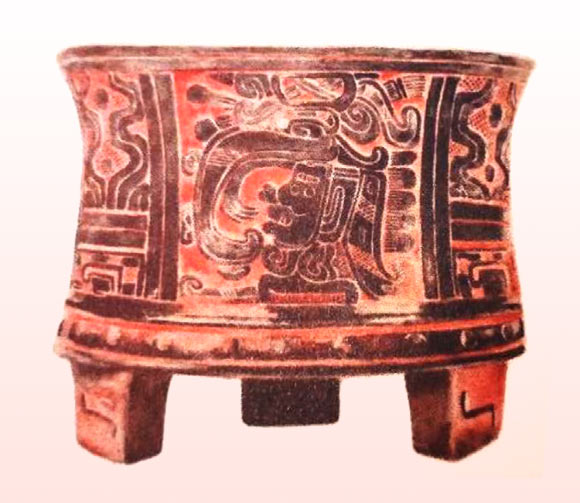 Mercury is a toxic pollutant that affects human health and the ecosystem.

Elevated mercury concentrations in the surface systems of our planet are primarily associated with increased industrialization and urbanization.

Mining and fossil-fuel power generation activities are responsible for half of global mercury emissions known today.

The circulation of mercury in the environment is driven by recent emissions like these, but it also includes legacy mercury refilled from past human activities.

An important example of a multi-millennium record of mercury use is from present-day Mexico and Central America, where the Maya used mercury for centuries prior to European contact in the 16th century.

The potential environmental consequences of this long, region-wide use of mercury remain to be investigated prior to industrialization.

“It is difficult to explain the discovery of mercury buried deep in the soil and sediments of ancient Mayan cities, until we begin to study the archeology of the area that tells us that the Maya people have been using mercury for centuries.”

In the new research, Dr. Cook and colleagues review all data on mercury concentrations in soil and sediment at Maya archaeological sites in the lowlands of Guatemala, Belize and Yucatan in Mexico, El Salvador and Honduras.

They found that at the Chunchumil sites in today’s Mexico, Marco Gonzalez, Chan Bay, and Actoncan in Belize, La Corona, Tikal, Petén Itza, Piedras Negras, and Canquen in Guatemala, Palmarigo in Honduras, and Serene in El Salvador, mercury contamination was ubiquitously detectable. Except for Chan b’i.

Concentrations ranged from 0.016 ppm in Aktunkan to an unusual 17.16 ppm in Tikal. For comparison, the TET limit for mercury in sediment is defined as 1 ppm.

“The ancient Mayans frequently used cinnabar and mercury-containing paints and powders for decoration,” the researchers said.

“This mercury can then seep out of patios, floor areas, walls, and ceramics, and then spread into soil and water.”

“For the Maya, things could contain ch’ulel, or spiritual force, that lives in the blood,” said Professor Nicholas Dunning of the University of Cincinnati.

“Hence, the bright red pigment of vermilion was a priceless sacred substance, but unbeknownst to them it was also fatal and its legacy is still present in the soil and sediments around ancient Maya sites.”

Because mercury is rare in the limestone that lies under much of the Maya region, the authors speculate that elemental mercury and vermilion found at Maya sites could have originally been extracted from well-known deposits on the northern and southern borders of the ancient Maya world, and imported into cities by merchants.

All this mercury would have been dangerous to the health of the ancient Mayans: for example, the effects of chronic mercury poisoning include damage to the central nervous system, kidneys, and liver, causing tremors, impaired vision and hearing, paralysis, and mental health. Problems.

Perhaps it is significant that one of the last Maya rulers of Tikal, the Dark Sun, who ruled around AD 810, is depicted in frescoes as suffering from morbid obesity.

Obesity is a well-known effect of metabolic syndrome, which can be caused by chronic mercury poisoning.

“We conclude that even the ancient Maya people, who hardly used metals, caused mercury concentrations to rise significantly in their environment,” said Professor Tim Beach of the University of Texas at Austin.

“This finding is further evidence that just as we live today in the ‘Anthropocene’, there was also the ‘Maya Anthropocene’ or ‘Mayacene.’ It seems that contamination with metals was an effect of human activity throughout history.”

The team’s paper has been published in the journal Frontiers in Environmental Science.

Rep. Matt Gaetz unlikely to be charged in sex-trafficking probe