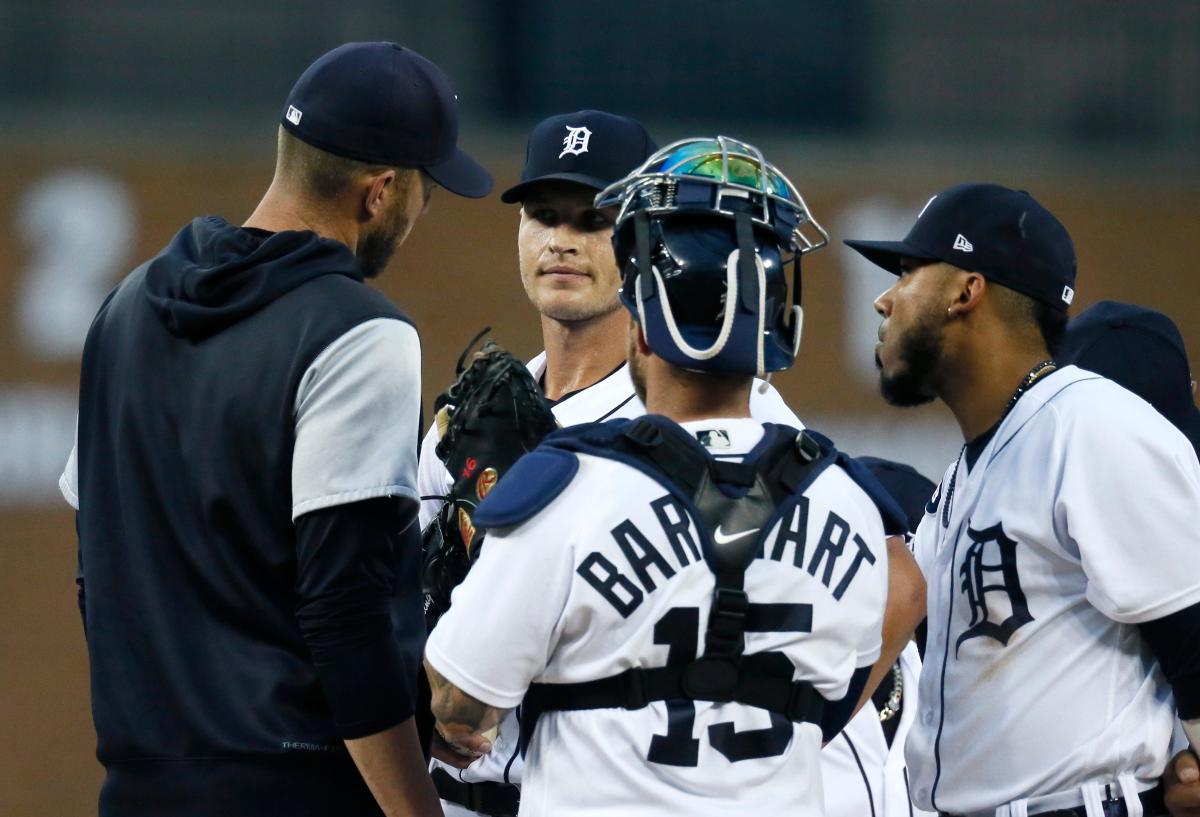 The The Detroit Tigers predicted a fierce duel in their opening game Tuesday against the Seattle Mariners at Comerica Park.

Instead, the result was lopsided.

Right-hander Matt Manning, dominant in his past five starts, allowed seven runs and was unable to escape the third in the Tigers’ 9-3 loss. Meanwhile, right-hand man George Kirby fired five goal-free runs for the sailors.

Tigers (50-79) finished with seven hits, one walk and eight hits.

Detroit scored two runs at the bottom of the eighth on the RBI for Riley Greene three times to the gap in the right center field and Zack Short’s sacrifice fly. In the third round, Kerry Carpenter tripled in the ninth inning and scored a goal on Jimer Candelario’s single.

Manning entered Tuesday with a 2.70 ERA in five starts since returning from the injured list in early August. Against the sailors, seven seven-stroke runs and one one-stroke walk were allowed in 2⅓ innings.

The slider, which had been best viewed recently, was ineffective.

In the third inning, Cal Rally fired a solo home run on Manning’s 0-2 slide to advance 2-0. The next two hitters, Abraham Toro (singles) and Julio Rodriguez (duals), arrived safely to put the sprinters in the scoring center.

France, Raleigh and Rodriguez hit Manning’s slide. The three pass slides ended up around the middle of the strike zone and forced Manning to make an in-game adjustment. He turned to his cornering ball, but this pitch didn’t stand a chance.

Mitch Hanegger and Eugenio Suarez provided RBI singles on consecutive balls, extending the Mariners’ lead to 4-0 with one exit in the third inning. Next, France hit another slider to get the RBI single and a 5-0 advantage. Then, a four-pound walk next to Carlos Santana loaded the bases and finished Manning’s outing.

But the sailors did not give up.

Against right-hander Will Fist, the Mariners added a pair of runs on Adam Frazier’s RBI singles and Raleigh sacrifice. Toro hit looking at the full count slider at the top of the hit area for the third.

Too little, too late to attack

The Tigers came close to scoring against Kirby in the fifth inning.

Miguel Cabrera opened the inning by crushing a weighty two-stroke over the wall in the field’s left corner for his 10th double of the year. Candelario made a field error, and Tucker Barnhart rushed to first base after a four-pitch walk.

Just like that, the Tigers had bases loaded with one outside.

Castro sprinted to third base and Green flew to the center of the field.

Kirby, who threw 56 of 79 hits, gave up two hits and walked one with five hits during five goalless innings. Cabrera scored both hits, one in the second and a double in the fifth.

He didn’t produce a lot of flips and misses—only six, all four-stitch fastballs—but he landed all five of his pitches for recalled hits.

Left-handed savior Daniel Norris provided the Tigers with much-needed length from the Bulls’ center after Manning’s early exit. Complete three runs – the fifth, sixth, and seventh – but not before giving up damage on the fifth.

France collected an individual advantage and Santana led them into the second half with a 9-0 lead. Santana, in a 2-1 result, Norris slammed the four-stitch quickball high over the wall in the center-left field.

Norris retired from the next six-stroke and worked around a one-stroke in seventh to finish off his comfortable 50-court appearance in a big way. Right winger Jason Foley pitched eighth. Center player Cody Clemens – making his fourth appearance this season – retired with a three-game winning streak in ninth place over eight courts.

Learn extra on Detroit Tigers and join the Tigers e-newsletter.